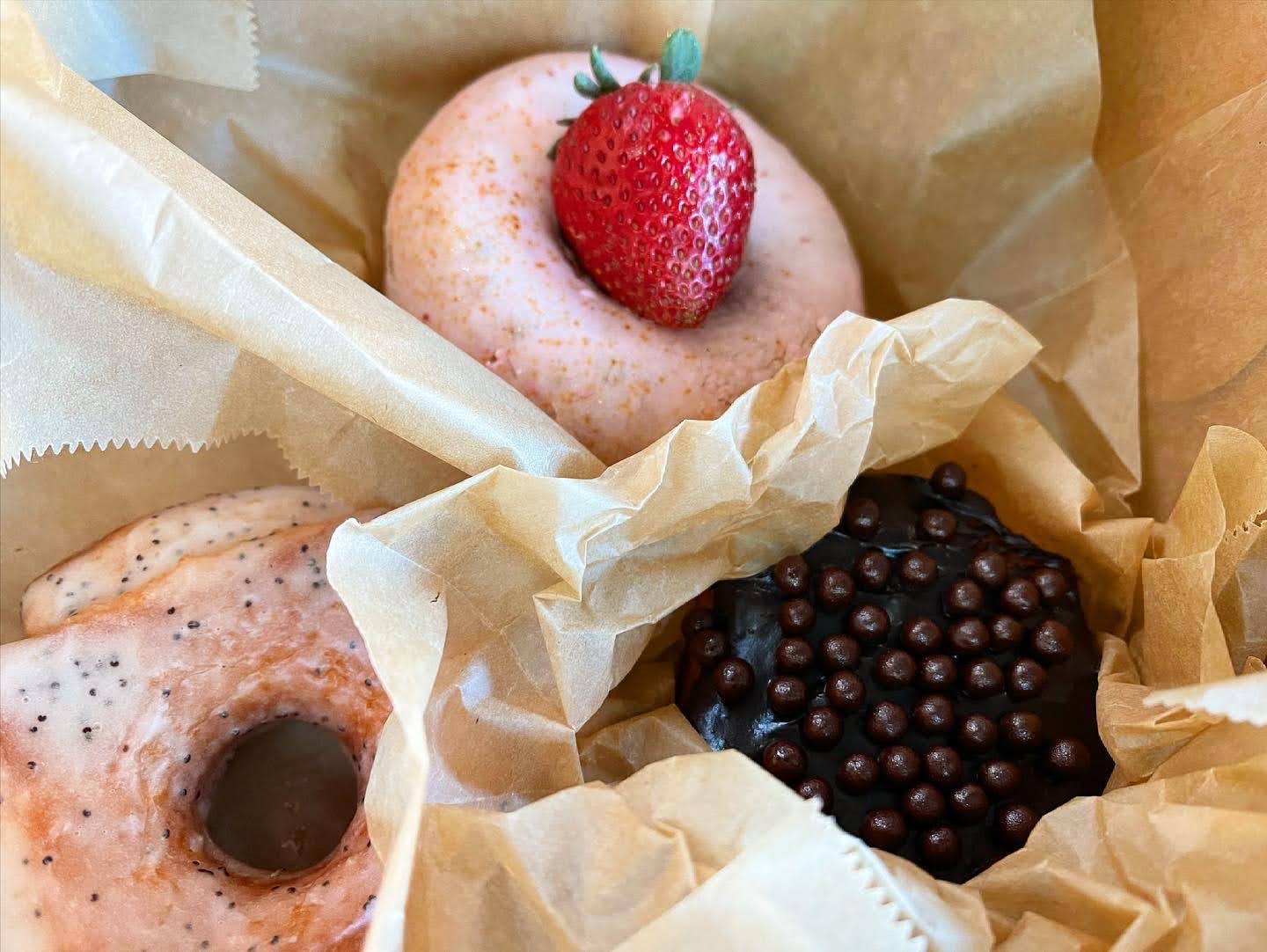 I've posted on these donut shop previously, but it's infrequent that I get to visit this spot because the closest one to me is about 2 and half hours away. With that said, whenever my family take a small road trip down to Oregon from Washington, we make it a point to drop by and get our donut fix. I believe they have shops in California as well.

This time around we got several flavors, but the pièce de résistance (lol) was the Sakura flavored donut (the donut with the strawberry on top). Like most sweets, I don't like them too sweet and that goes for the donuts at Blue Star. The donuts are moist, not over frosted, and the sweetest is mild compared to your local donut shop. The Sakura flavor is a difficult one to described, but I guess you could say it's kind of like a strawberry flavor. It definitely does not taste like your eating a flower or potpourri. I've had other Sakura flavored snacks and drinks in previous travels to Japan, and had some good and bad ones, but this one was delicious.

The other donuts were tasty as well. They were a Lemon Poppy Buttermilk Old-Fashioned and a Valrhona Chocolate Crunch.

I've said it before and I'll say it again, this is a must donut shop to visit if your every in the PNW.