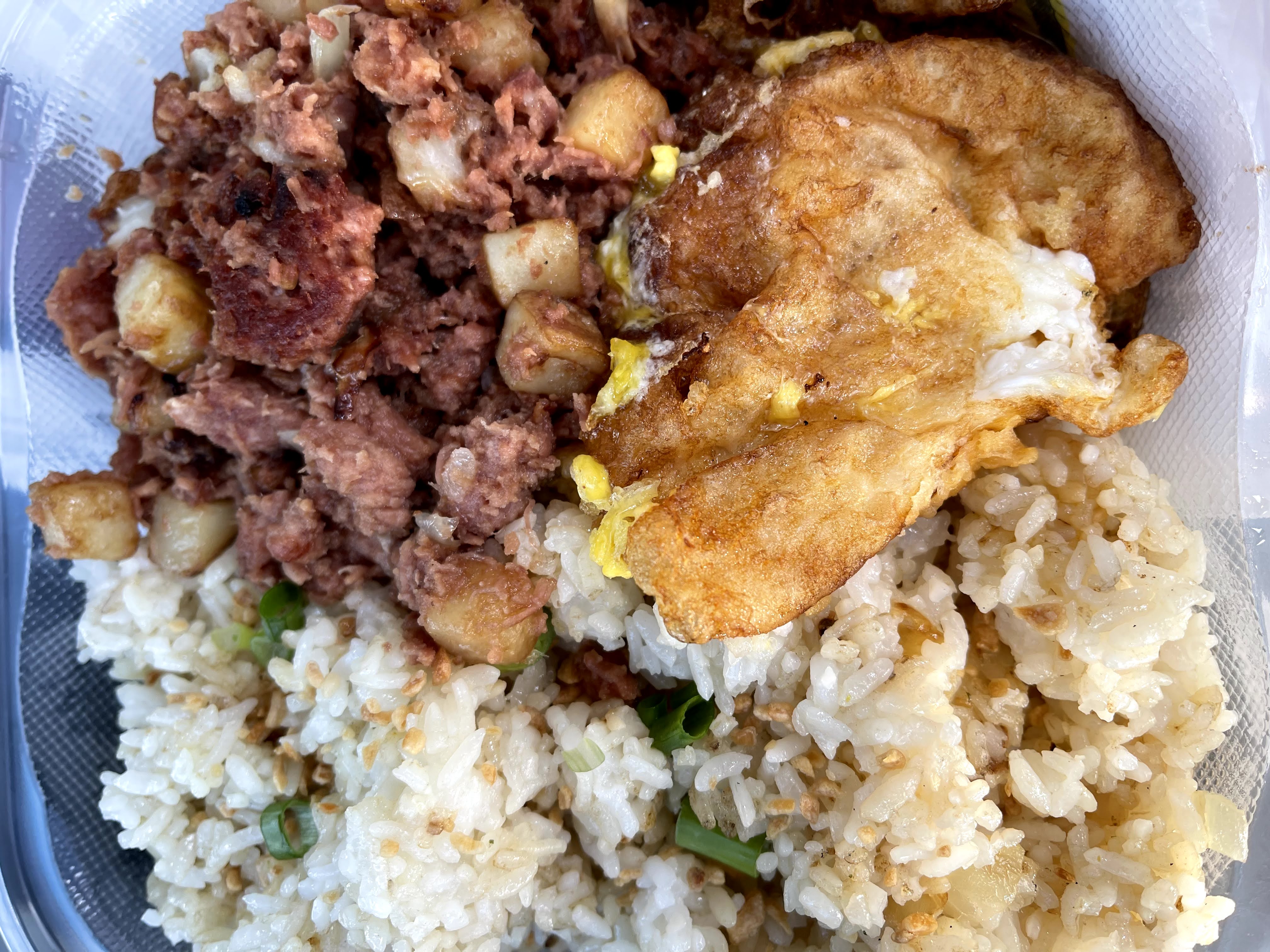 So my wife and were in search of some Asian cuisine after we visited a Barnes & Noble for the first time in forever and we ended up finding a spot called Cham Garden (I'll make a post about it next), but we didn't realize it was also right next to a Filipino spot.

Of course we had to get some Lumpia! And that's just what we did, but when I was waiting in line I saw an order come through for another customer and it was called Cornsilog, which is what's pictured above and in the thumbnail.

As soon as I saw it, I had to have it so I order it as well.

This is the trifecta! I love this meal and the first part of the word can be replaced with anything. You'll most likely run into a similar dish called tapsilog, where -silog is the same, but the tap is short for tapa or a flavored kind of beef. There's bangsilog, bisteksilog, daingsilog, and so on and so on. You get it.

Anyways, this dish was bomb dot com and I'll be getting it again and again whenever we go back.