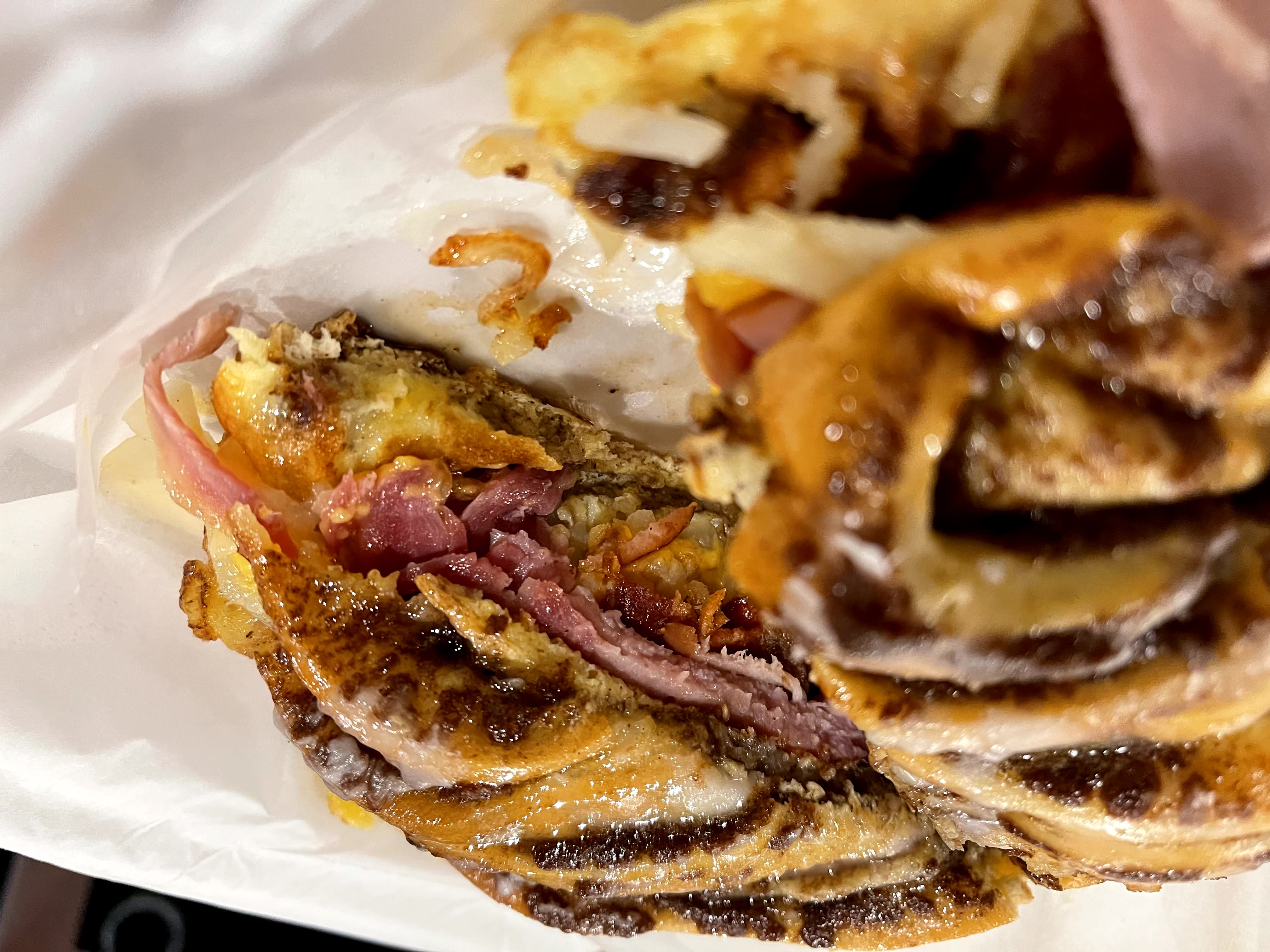 Me and my wife are still choosing to not dine in anywhere, but hat hasn't stopped us from trying new things. We started looking around and found this spot called The Homestead.

If you look it up, it definitely gives off that American farmland vibe. It also helps that the restaurant looks like a big red barn.

Anyways, I was going to Tacoma to pick something up and since I was out there, we decided on this spot. I went to go pick up our order inside and the place was packed. I already knew it too because the parking lot was full as well. Mind you this was a Sunday too.

The thumbnail image is your standard chicken and waffle. The fried chicken was delicious! I'll take it over KFC, Popeye's, whatever, any day of the week. If you know about Roscoe's Chicken and Waffles then I'd like to say that this gives it a run for its money.

The main image is called the Wagon Wheel. It's made up of a big cinnamon roll stuffed with ham, bacon, hash brown, and cheese. It's really good! As you can see by the container it's in, it's a good portion size. It's a good balance between savory and sweet. I didn't think that the cinnamon roll overpowered the rest of the stuffing and went well together. Just like the sweetness and savory-ness of the chicken and waffle, but much more sustenance.

If you're look for some good old American breakfast foods, check this place out.